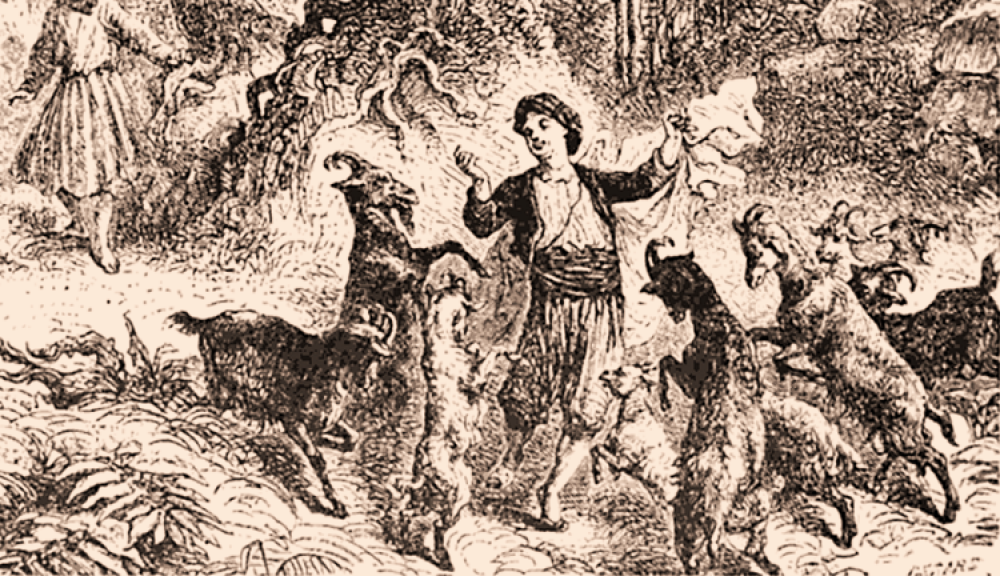 Once upon a time, in a sunny day of the 9th century, there was an Ethiopian goatherd, named Kaldi, who observed his “irreproachable” goats start having a very strange behaviour, with no apparent reason.

Something unusual was going on, and observing the dancing goats, he discovered that the goats were eating the red berries of an unfamiliar tree.

He then took some berries at home, in Harar, and tried to eat them. They had a very strange taste, so he decided to give the berries to an unnamed Islamic monk in a nearby monastery. The monk disapproved and threw them into a fire, from which an enticing aroma billowed. The roasted beans were quickly raked from the embers and dissolved in hot water: the world's first cup of coffee has been served.

Nowadays it is not unusual to see a coffee shop or a coffee roasting company named ‘Kaldi’, by this  popular legend on how coffee came about and how it entered the Islamic world and then the rest of the world.

The story of the ‘jumping goats’ is apocryphal, as it was first related by a roman Maronite, author of one of the first printed treatises devoted to coffee, De Saluberrima potione Cahue seu Cafe nuncupata Discurscus (Rome, 1671).