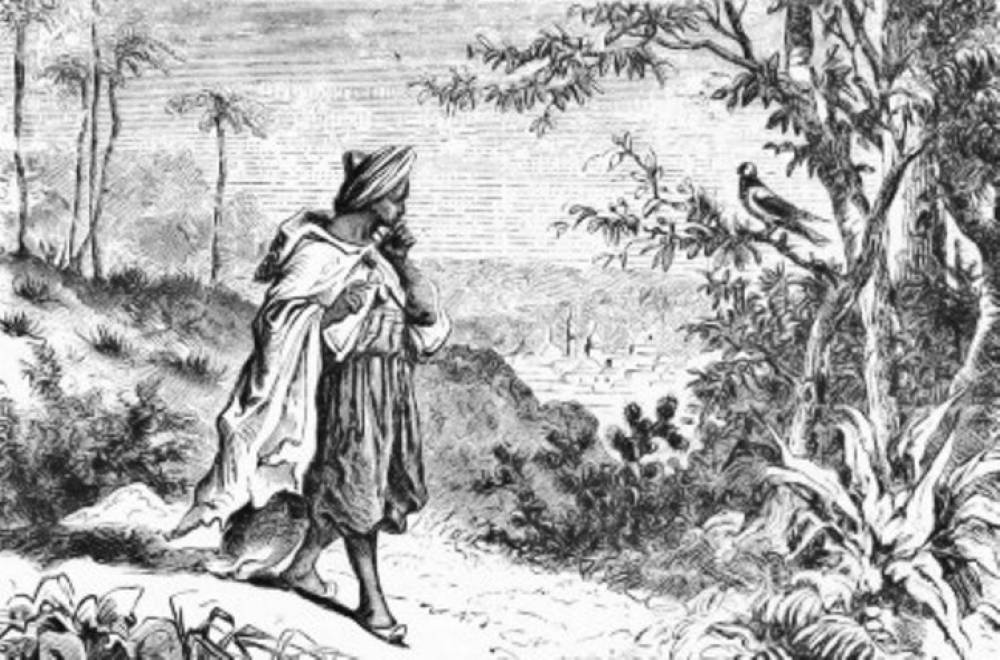 The coffee we call Mocha (also spelled Moka, Moca, or Mocca) today is grown as it has been for hundreds of years in the mountains of Yemen.

There is a story, according to an ancient chronicle, preserved in the Abd-Al-Kadir manuscript, set in ancient Yemen, starring Sheik Abou'l Hasan Schadheli's disciple, Omar, known for his skills as a healer through prayer.

The dervish banished him from hometown Mocha and recluse him for unknown reasons to die of hunger and thirst in a cave in the desert, in the highland areas of the southern tip of the Red Sea in port Al-Mokha  He was about to die of starvation when he saw the red berries on some bushes. He seized and he found them too bitter and harsh, so he roasted and boiled the berries. He drunk the cooking water and he felt invigorated, and when news of this particular healing came to Mocha, Omar was called back to town with all honors.

Considered the "Wine of Arabia," coffee drinking then appeared in the Sufi monasteries of Yemen as a drink that would allow them to more easily stay awake for midnight prayers.

This is a Yemenite legend, probably developed during the centuries, but in fact it is true that the dervishes made great use of coffee before starting their dances.

The city of Mocha has been the major marketplace for coffee from the 15th century until the early 18th century, and even after other sources of coffee were found,Mocha beans continued to be prized for their distinctive flavor and it is possible to understand how important coffee is for Yemen from the emblem of the country: a coffee plant inside a bird's heart.