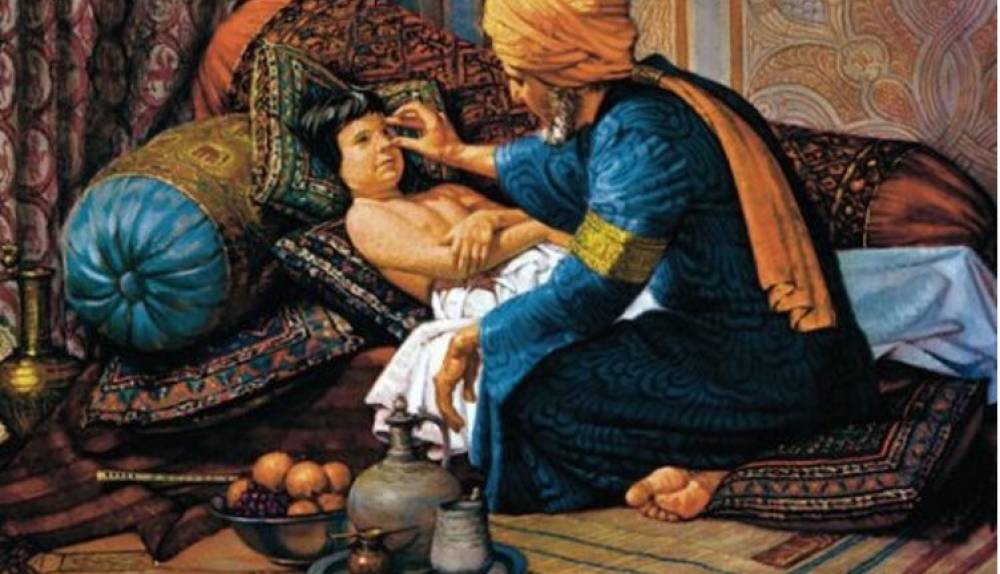 The true origin of coffee drinking is probably hidden among the mysteries, legend and fable of the purple East, but scholars have collected sufficient proves that the beverage was known in Ethiopia "from time immemorial".

Who was the most consistent author to speak of coffee at that time? A philosopher or a merchant? Probably both.

The most interesting thing is that the first writer to mention coffee is the same who treated medicine in an encyclopedic manner: the Persian doctor Abu Bakr Muhammad ibn Zakariya El Razi, known as Rhazes or, more poetically  Razi (850–922).

Razi was definitively a polymath:  one of the greatest physicians in all history, a great philosopher, an alchemist, an astronomer and the superintendent of the hospital at Bagdad.

He wrote nearly 200 learned books on medicine, surgery theology, mathematics and astronomy, but his principal work is Al-Haiwi, or The Continent, the encyclopedia of Greek, pre-Islamic Arab, Indian and even Chinese medical knowledge.

But what has to do someone like dr. Razi with coffee?

He has been the first writer to mention the properties of the coffee bean under the name of bunchum : from which (if true) it would appear that coffee has been known for upwards of 1000 years.

Rhazes, in the quaint language of Dufour, assures us that "bunchum (coffee) is hot and dry and very good for the stomach."

Avicenna (Mohammedan physician and philosopher, who lived from 980 to 1037 A.D.) explains the medicinal properties and uses of the coffee bean (bon or bunn), which he, also, calls bunchum, after this fashion: “As to the choice thereof, that of a lemon color, light, and of a good smell, is the best; the white and the heavy is naught. It is hot and dry in the first degree, and, according to others, cold in the first degree. It fortifies the members, it cleans the skin, and dries up the humidities that are under it, and gives an excellent smell to all the body.”