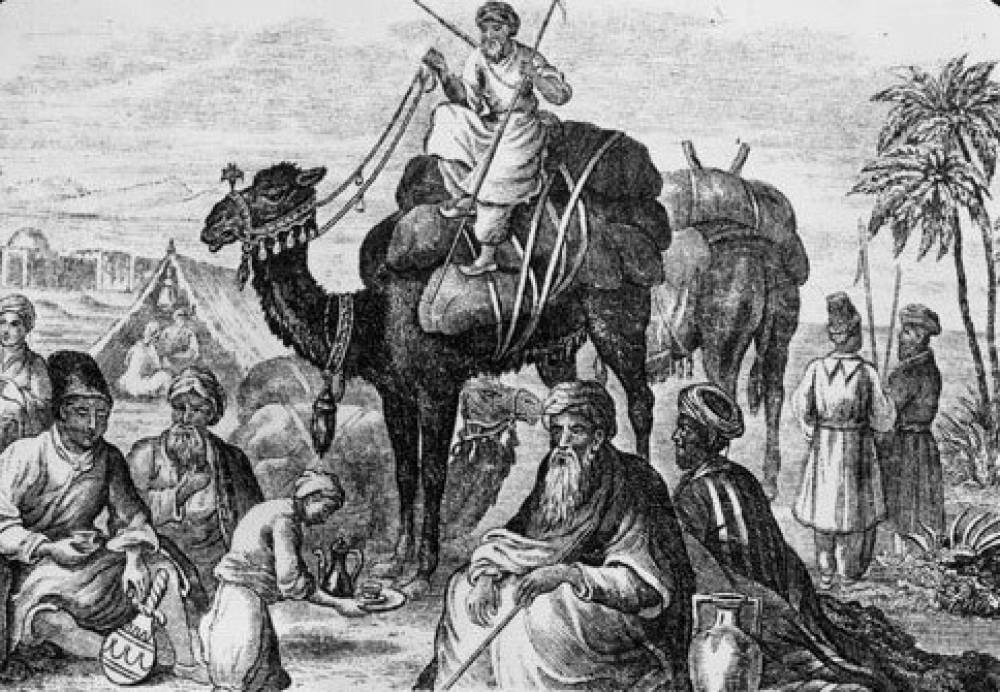 Ethiopia and the Arabian Peninsula, far away but close enough to be reached by boat: across the Aden Gulf was raging the debate between supporters of the Ethiopian shepherd Kaldi legend and those of the Sufi Yemeni Omar.

Who was the one who discovered coffee?  Who was the hero  who gifted us of the black gold that we so much love?

Legends are legends, the most important thing is that whoever discovered the coffee bush made it advance from the fist plantations in Yemen throughout the Islamic world and into one of the most widely drank beverage in the entire world.

Yemenis were to eat the berries of the coffee shrub to have  the energy to stay awake for a long time and Sufis had a huge craving for coffee to remain focus and remain awake all night for their evening worships, the riches were serving coffee every day for their guests, the poors could have a cup of coffee in their local coffee houses known as qahveh khaneh.

By 15th century there were coffee houses in Mecca, to Cairo, and then to the capital of the Ottoman Empire, Istanbul.

Gahveh khaneh, known as Schools of the Wises, became home of intellectual, where they could  flock and have conversations and debates, share new findings and information.

While the craze were hitting the entire population, a big issue arose: Coffee was called Qahwa, which meant wine, and wine was forbidden by the Islamic world. The debate changed: forgetting the old debate on the coffee discovering, now the trial was whether it was to be stop or not.

In Mecca a trial has been organized by the governor Kha’ir Beg: a basket of coffee seating in one side and a prosecutor in the other. The basket had no way to reply to the accuse of making its drinkers lose control of themselves and thus lose vision of Allah.

This didn’t stop people to drink coffee, and the governor of Cairo, a heavy coffee drinker, overturned the decision, dismissed Kha’ir Beg and saved the black gold.

Some other Sultans tried to ban the substance, but always failed due to wide support of the people of coffee. Arabs and Ottomans just loved coffee, and how to blame them?