The first (and only) book to tell the history of Faema, the most important coffee machine company since the 1950s, and the story of a successful man, founder Ernesto Valente an enlightened entrepreneur who established continuous modernization as the only rule for all his factories.

Faema, a company that initially produced stoves, accessories for train carriages and hair dryers for perms, became the one that, more than any other, wrote the future of coffee machines.

The entire history, together with that of the technical innovations, the founder of Faema and the social changes and customs which swept across Italy at the time are illustrated with 500 images of which 300 previously unpublished, donated by the Valente family to Enrico Maltoni who used them to put together the beginning of the history.

A book which also tells the story of a man, founder of Faema Carlo Ernesto Valente: an enlightened entrepreneur who always managed both to seize the spirit of the times and adapt the spirit of a drink, the consumption of which had become a ritual.

Carlo Ernesto Valente consolidated the tradition of celebrating the ritual of making coffee, extending it to more places and people by applying a single rule to all group factories: continuous modernization. Along with this rule there was a ‘formula’ to respect: innovations had to reconcile both the convenience of use and preparation with the excellence of the result actually in the cup - always.

Even after 1974, the year in which Carlo Ernesto Valente decided to withdraw from public life, the company continued to produce models which are a perfect combination of technical innovation, design and the quality of the coffee produced, and indeed still does today. Clear examples of this are models like the 1981 Tronic, designed by architect Sottsass and the Star, theE91 and the E92, designed by Gianfranco Salvemini in 2001. Moreover, a commemorative version of the E61 - the E61 Legend - was created for lovers of this historical model in order to celebrate its 40th anniversary. Besides being characterized by an original design, this model kept its identity defying the times, styles and fashions which followed one another in forty years. Just like the latest model to be produced by Faema: the Emblema, designed by Giugiaro Design.

A journey through the history of customs and design only a keen enthusiast could write, and who chose to feature Faema’s first advertising campaign on the cover, the poster designed by painter, designer and advertising agent, Gino Boccasile.

Free delivery in EU Countries for orders above 300€ 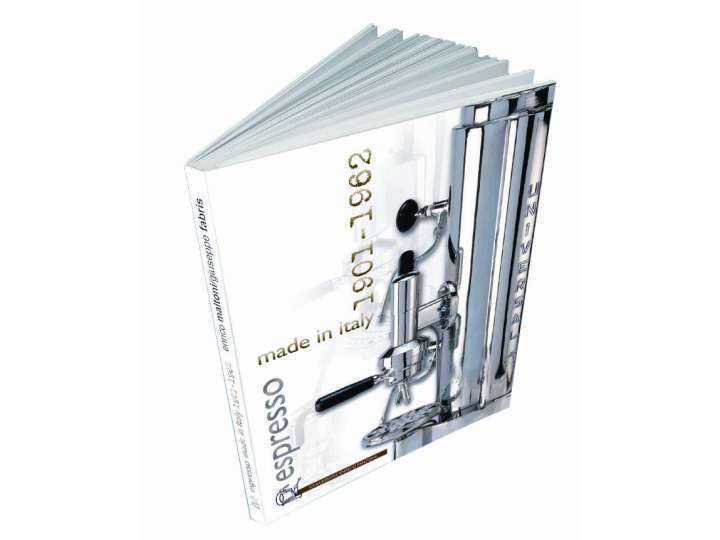