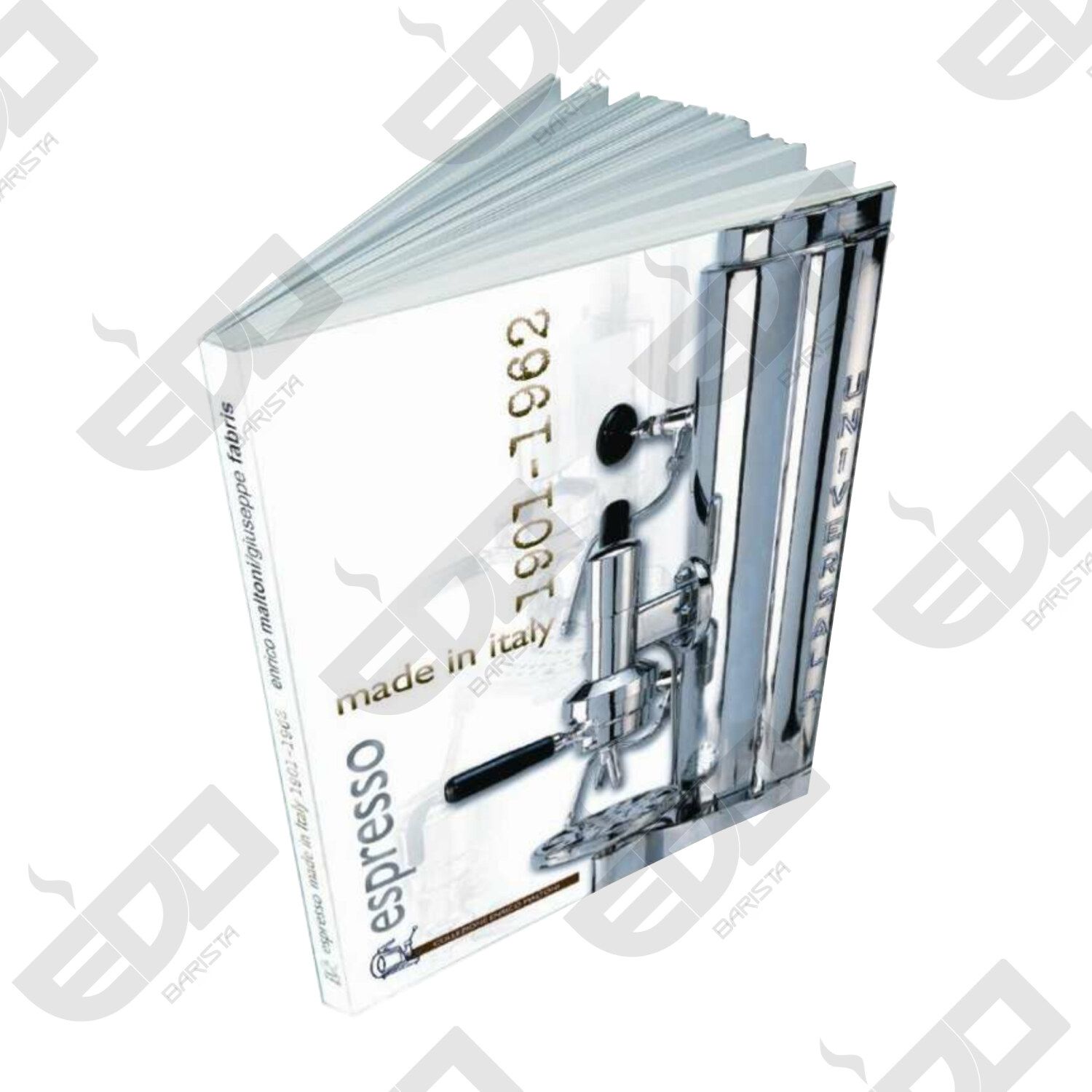 A new, enriched edition of Espresso Made in Italy is now on sale. Collector Enrico Maltoni has published the first, and only, book to tell the history of the evolution of espresso machines in Italy from the beginning of the 20th century to the present day. It features over 200 images and technical cards and many previously unpublished pages, such as the very first advert issued by the Gaggia Group.
Espresso coffee is one of the most popular customs of the Italian way of life used throughout the world. A fascinating story which, from the 20th century onwards, developed in the Belpaese for over half a century, narrating the evolution of Italian customs and society during its 'roaring' years. A history that can be retraced from an original perspective, that of coffee machines and their evolution, whilst thumbing through the pages of Espresso Made in Italy 1901 – 1962. (Collezione Enrico Maltoni, 160 pages, format 21 x 28 cm, € 40 price for Italy, € 50 price outside Italy).

After the success of the second edition, thousands of copies of which were sold throughout the world, the book edited by collector from Romagna, Enrico Maltoni (in association with architect-cum-designer Giuseppe Fabris) is now being released in a further enriched, more detailed third edition with an extra 16 pages.

The only example in the world of a publication which, through the development of both the technology and style of espresso machines for coffee bars, tells the story of the most important sixty years of espresso coffee. Enrico Maltoni's book will take you on a real journey back in time, right up until that fateful date in November 1901 which marked the creation and consequent patent filed in Milan of the Bezzera, the very first Italian espresso coffee machine.
Starting with this fundamental step and thumbing through the pages of Espresso made in Italy 1901 - 1962, readers will follow the development of bar machines step by step. They will start with the very first models, out and out metal sculptures in copper and brass, with rich decorations, in various shapes and with inspiration from Art Nouveau style to Deco, to the machines which, as of the 50s, marked the 'marriage' between design and industrial production and bear the signature of famous names like Giò Ponti, Bruno Munari, Enzo Mari, Achille and Piergiacomo Castiglioni, and Marco Zanuso.
Even those who are not particularly fond of coffee and the magical world surrounding it could possibly remain indifferent to the sinuous curves of the extraordinary machines depicted in the book, from the 1910 Art Nouveau Victoria Arduino model to the classical 1948 Gaggia model (the first machine with lever operation), passing through the La Pavoni designed by Gio Ponti (one of the very first machines with a horizontal boiler of which there are only two left in the world), the Cimbali model Gran Luce dated 1958 (the design of which is inspired by that of the American juke boxes) and the Faema model Marte, once again produced in 1952, which recalls the line of the American Cadillacs and Buicks of the time.

The beautiful images of the machines (over 200 photos in the renewed volume), almost all of which are part of the collection the author has accumulated over the years, alternate with original patents and superb adverts from the past.

This third edition also features some previously unpublished images, such as the very first advert the Gaggia Group issued for preparing coffee crema dating back to the 40s and an interesting page from the Domenica del Corriere newspaper from the 50s which reports on an espresso machine exploding in a coffee bar, and the fear and astonishment of the customers.

Once readers have finished leafing through this beautiful book, besides the pleasure of reading they will also have the added enjoyment of singling out and recognising the extraordinary samples shown in the book in the most fashionable coffee bars in the world. These bars often show off their perfectly restored 'ladies' and produce thousands of coffees a day, just as they did in the past, wishing the Italians 'Good morning'.

Free delivery in EU Countries for orders above 300€ 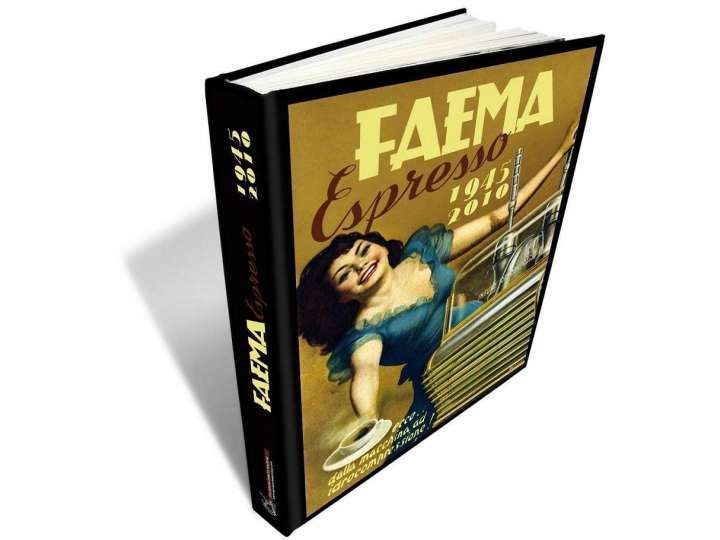